Char Dham Yatra is one of the holiest pilgrimage sites in India. Apart from their huge religious significance, Char Dham is also situated in the beautiful mountains of Garhwal. The four religious centers are so auspicious that Hindus believe that a visit to these sites is to lead the way to life in heaven! In keeping with this belief, every year thousands of Hindu pilgrims and many travel enthusiasts visit the hills of Garhwal. And during the Chardham Yatra, pilgrims have the scope to travel through the scenic areas of Yamunotri, Gangotri, Kedarnath and Badrinath.

Any typical Char Dham Yatra tour package will provide enough space to explore the natural beauty stretching from west to east Uttarakhand. Pilgrims pass through green meadows, breathtaking valleys, and misty roads. The normal travel route goes through the popular hill station of Mussoorie. If you do not like all the walking, you can buy a pony or, even better, ride inside a sedan decorated like royalty! Therefore, the Char Dham Yatra (generally anticipated) is not about religious fervor. There are many elements in this religious journey that tickle the interests of a nature lover. And with this in mind, we tell you about this journey.

This long spiritual journey starts from Haridwar. Pilgrims come to Yamunotri to bathe in the sacred Yamuna River, which is also the starting point of the Yamunotri glacier. Haridwar is considered to be the seat of Goddess Yamuna (according to Hindu scriptures) and people worship her in the Yamunotri temple. After paying homage to the goddess Yamuna, the pilgrims depart towards Gangotri where they take a holy dip in the Bhagirathi River. After cleansing their body and mind, devotees perform puja and other rites on the banks of the river. In this connection, it should be said that the water temperature in both the above-mentioned rivers is constant and taking a dip in ice-cold water is a feat. But religious zeal wins over worldly suffering in this matter!

Now that the pilgrims have been cleaned, they proceed to Kedarnath with the aim of paying their respects to Lord Shiva. Once they have their appointment with Lord Shiva, it leads to Badrinath and asks for the blessings of Lord Vishnu. It is believed that pilgrims who are able to complete this holy journey get grief from the cycle of birth and death as their soul attains salvation! 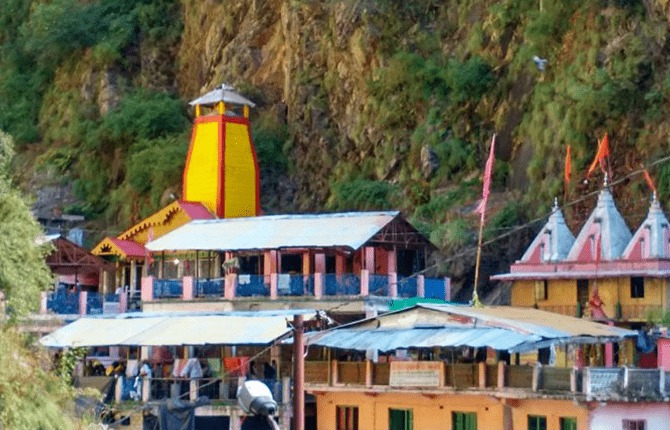 This holy city is dedicated to Goddess Yamuna. The river Yamuna is believed to have originated in the Kalindi mountains here. To reach Yamunotri, pilgrims have to take a short trek from Jankichatti. However, you can take a walk by stopping your Pony ride or traveling in Palanquin. These two conveniences cost between INR 500–1200. One of the rituals of the Char Dham Yatra is to prepare a meal of potatoes and rice in the nearby Surya Kund. The food is taken to the Yamunotri temple and then taken back by pilgrims as their offerings.

Places to visit in Yamunotri

Yamunotri Temple: Located on the banks of the river Yamuna, this sacred temple is dedicated to Goddess Yamuna. At the beginning of summer (between April and May), the Yamunotri temple opens to devotees. During the winter, the temple gates are closed and the idol of Goddess Yamuna is taken to the nearby Kharsali village, where the goddess is worshiped. 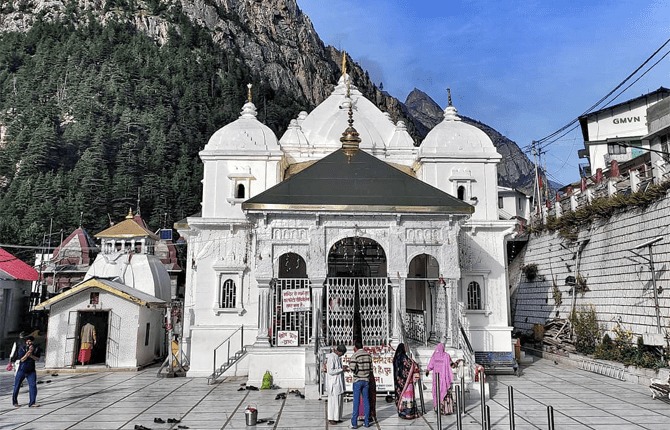 Gangotri holy place is located in Uttarkashi district. The areas of Gangotri are decorated with freshwater streams and lush greenery. According to Hindu mythology, it is the source of the Ganges River. The water here is going to remain fresh for many years. And scientific research has also supported it! The water from Gangotri is carried to Badrinath and Kedarnath, which are the next stops on the Char Dham Yatra Package.

Places to visit in Gangotri

To Get Best Deals On Hotels In Char Dham, Click Button 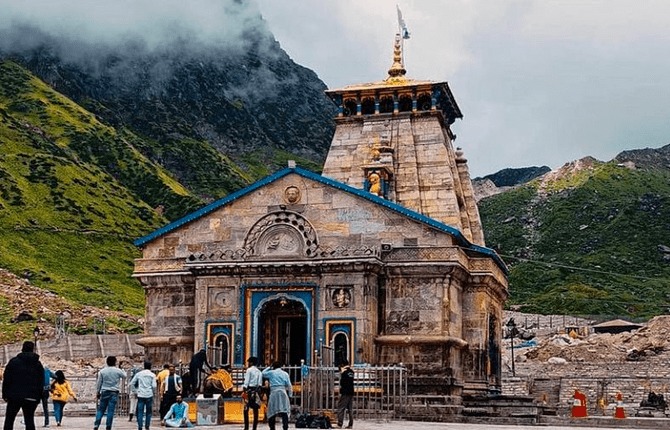 Kedarnath is located in Guptkashi at a distance of 86 km from Rudraprayag. It is located near the Chorabadi Glacier, which is the head of the Mandakini River. Kedarnath can be reached through scenic mountain routes, plains, thermal springs, magnificent mountain peaks and lush green greens. Of the 12 Jyotirlingas of Lord Shiva, this is the most important.

Places to visit in Kedarnath 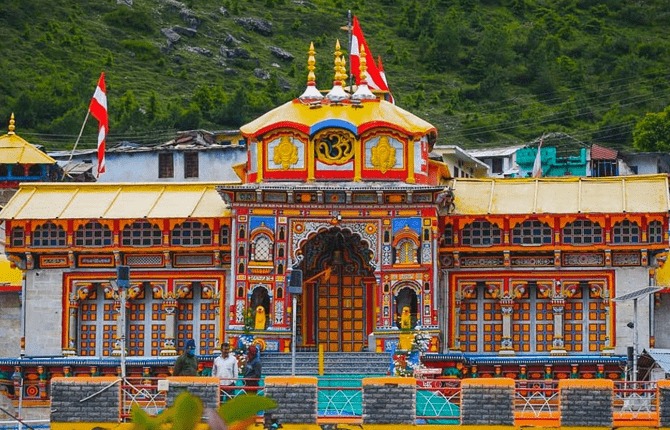 Places to visit in Badrinath

The Char Dham Yatra is an important part and has all the right components for a complete journey. During the journey, you have an adventure, religious excitement, nature viewing, and unique experiences.

To Book Your Char Dham Yatra Package 2021: Sign Up Here

10 Top Schools in Dehradun – For Your Child’s Better Future

A good school can help your child’s future by providing quality education. While selecting the […]

“Satopanth Lake Trek” Journey To The Way To Heaven On Earth