Do you know that the cure for every disease of your body is just one herb. Scientists also know this very well. That is why they are constantly doing research on this. The name of this herb is worm. Yes, it is such a herb, due to which every disease present in your body is eradicated. It is found especially in the higher Himalayan regions of Uttarakhand. Many types of diseases disappear in the human body due to its consumption. This herb is found only in snow areas.

In general, it is a kind of wild mushroom. The scientific name of this herb is also Cordyceps sinensis or Cordyceps militaris and also known as Himalayan Viagra or Keeda Jadi in Uttarakhand. Botanists say that it contains nutrients like protein, amino acids, peptides, vitamins B-1, B-2 and B-12. They immediately give strength. It is also being exploited and smuggled in hilly areas. At the moment, there is so much that an herb can increase your health in a tremendous way. It is said that there is no better potent medicine than insecticide. It is also traded in Tibet and Nepal in the Himalayan regions. However, only a few people know about its real qualities. In the Himalayan regions it is called the worm-herd. On the other hand, in Tibet and China it is called Yarsagumba. 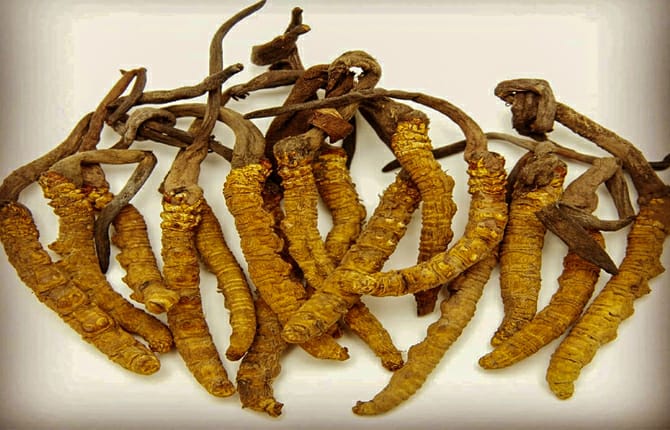 This enchanting herd would not have made headlines if it had not created a furor in recent times, and it was the first time for the record breaking performance of women athletes of China in 1500 meters, three thousand meters and ten thousand meters in the Stuatguard World Championships. Later, his trainer Ma Junren gave a statement to journalists that he had been given regular intake of Yarshagumba.

It is said that 3-4 years ago, where this fungus was sold at the rate of four lakh rupees per kilogram, now its price has increased from eight to 10 lakh per kilogram. 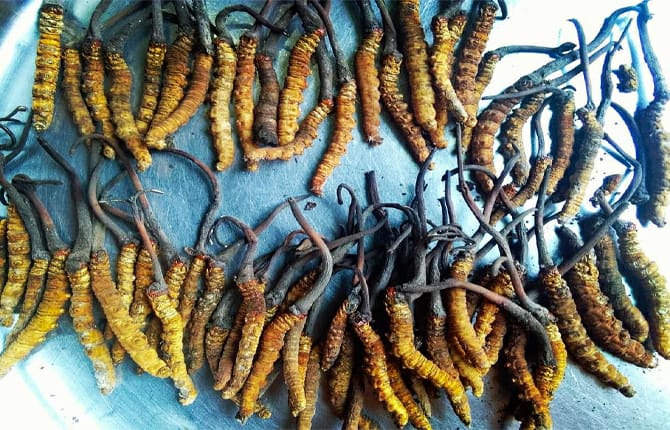 The people associated with the Van Panchayat area of ​​the respective hill area have the right to remove the insect. The president of the Pharmaceutical Federation Pithoragarh, said that DFOs issue permission for this based on the reports of Patwari and Forest Guard. Worms are sold by contractors registered with the Pharmaceutical Federation or Forest Department. Around seven-eight thousand people livelihood in three districts of the state.

Its advantages and medical uses are in

Due to all these reasons, its importance is so much and silent business continues. Uttarakhand’s Chief Conservator of Forests SS Rawat says, “Efforts are being made to legalize its business and the Forest Department will collect it itself but it involves so much money that illegal collection and smuggling continues.”

On the other hand, the concern of scientists and environmentalists is that indiscriminate exploitation, whether illegal or legitimate, is causing damage to the delicate biodiversity and ecology of the Himalayas.

Hope you liked the information provided about this herb found in the forests of Uttarakhand. Please let us know your feedback in comments.

10 Food Dishes of Uttarakhand, You Must Taste

Why Rishikesh Is Best for Yoga Teacher Training?

Rishikesh, the spiritual capital of India, is also known as the yoga capital of the […]