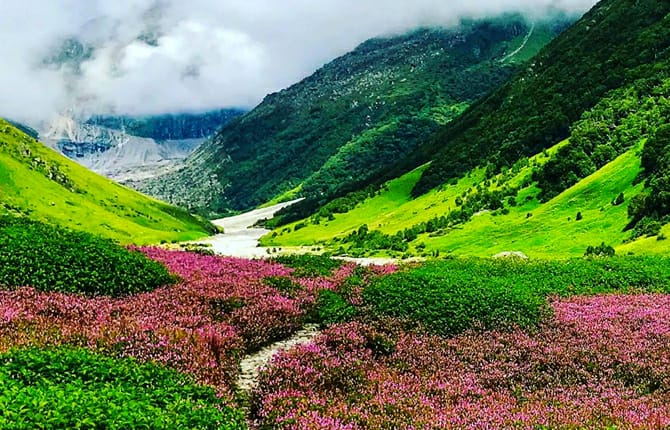 History of Valley of Flowers

The outer world was less aware of the place due to its inaccessibility. In the year 1931, Frank S. Smyth, Eric Shipton, and R.L. Some British climbers, named Holdsworth, lost their way while returning from a successful expedition to Mount Camet and reached a valley that was full of flowers. He was attracted to the beauty of the region and named it the “Valley of Flowers” (Phoolon Ki Ghati). Later Frank Smyth also wrote a book under the same title. In the year 1939, a botanist appointed by the Royal Botanic Gardens KU, “John Margaret Liege” was sent there to study the flowers of this valley, but while collecting flowers from some rocky slopes on the way she slipped and died there. Went. Later his sister visited that valley and built a memorial there. Chandra Prakash Kala, a botany professor appointed by the Wildlife Institute, conducted an in-depth study from 1993 on the flowers of the valley and their conservation. The beauty of this valley is the same as it was before.

Interesting Facts About Valley of Flowers 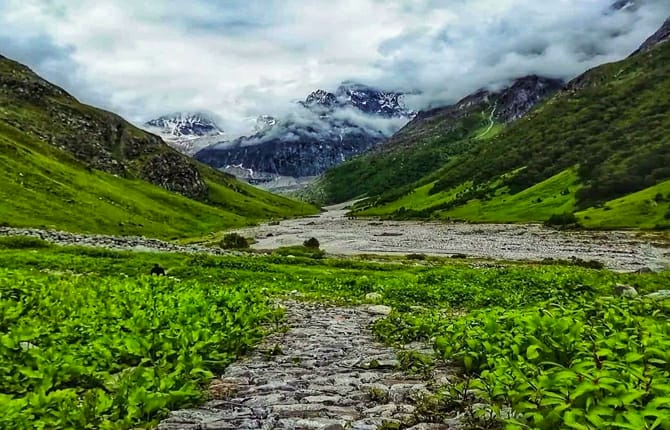 Trekking To Valley of Flowers

The trek to the Valley of Flowers goes through dense forests, alongside the Pushpawati River and can be reached by crossing several glaciers, waterfalls, and bridges along the way. Trekking is enjoyed at this place and hundreds of trekkers visit this Valley every year.

The best time to visit the Valley of Flowers is considered from May to October. Because in the cold season there is a lot of snowfall in this area due to which the routes are closed. 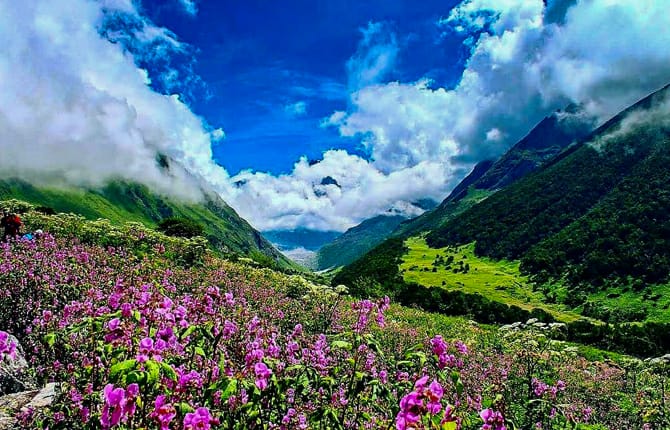 How To Reach Valley of Flowers

You can choose between flight, train, and bus to visit the Valley of Flowers.

Valley of Flowers By Flight

Valley of Flowers By Train

Valley of Flowers is easily available, which you can take as per your budget.

Valley of Flowers By Bus

India’s spiritual prosperity is appreciated all over the world. Being the home of different religions, […]

Auli is one of the beautiful tourist destinations in Uttarakhand which is famous for skiing. […]